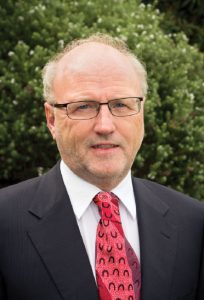 Paul Budde develops strategic plans for the digital economy including e-commerce, digital media, e-health, e-education, smart cities and smart energy. Industry and sector transformation through the smart use of Information Communication Technologies (ICT). Business and consumer applications based on the economic and social benefits of these new ICT developments. Opportunities in the Sharing and Networking Economy,

Paul has acted as Policy Adviser to the UN, British, Irish, Qatari, Netherlands, Australian and New Zealand Governments and their Ministers for Communication to European Union officials as well as to the Obama Administration and the UN on matters such as:

Under the brand name BuddeComm publishes 120 annual research reports, approximately 2,000 Web-based Reports & a daily news and analyses blog providing strategic telecommunications industry business information based on the telecommunications markets in 170 countries, 500 telecoms companies and 200 technologies and applications. The company has over 3,500 subscribers to the reports and regular market up dates published online at www.budde.com.au.

In May 2017 Paul successfully sold BuddeComm to Ubiquick in France, who will continue to operate the company under its current brand.

Preparing commissioned market reports, strategic plans for telecommunications companies and European governments on initiation, set-up, implementation and governance of digital media. Played a leading role in the introduction of online services and interactive cable TV services in the Netherlands.

Product Manager for launch and distribution of new business equipment such as photocopiers, facsimile machines and word processors.